Endocrinology is the medical specialty that treats disorders of the endocrine system, including the thyroid and adrenal glands, which help control the body's metabolic activity. Conditions include diabetes, nutritional and metabolic disorders, and bone disorders such as osteoporosis.

Access to Service: Please note that a referral letter from a GP / Consultant will be required for each patient attending the consultant. Please send an e-referral by healthlink or post the referral letter to the relevant department. 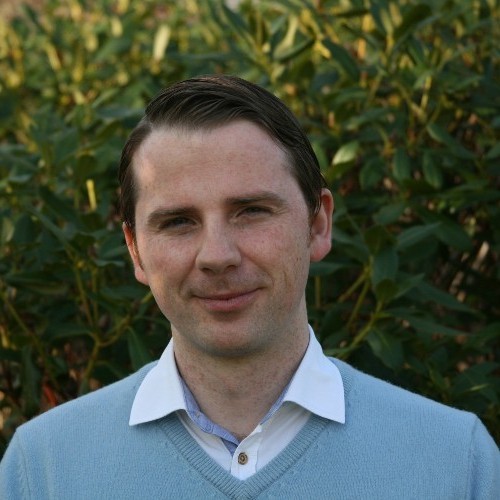 Eoin Noctor is a graduate of University College Dublin, and became a member of the Royal College of Physicians in 2007. Following completion of his specialist training in Endocrinology and Diabetes Mellitus in Ireland in 2013, Eoin took up a post as a Chief Physician at Steno Diabetes Centre in Denmark, where he led the international medical education team, working with local organizations in low and middle-income countries to design and deliver educational and training programmes in diabetes management. Eoin returned to his native Limerick in 2016 to take up his current post as Consultant Endocrinologist and Adjunct Senior Lecturer with the University of Limerick Hospitals Group. He commenced practice at Bon Secours Hospital Limerick in 2018.

His areas of interest include; research into the long-term impact of gestational diabetes, and prevention of type 2 diabetes, in which he was awarded his doctoral thesis, methods of provision of diabetes care in different populations, and the training of health care professionals in diabetes management. He holds a postgraduate diploma in clinical medical education from the National University of Ireland, Galway, where he is involved in the diabetes care distance learning programme for primary care health care professionals, and is a member of the Postgraduate Education committee for the European Association for the Study of Diabetes (EASD). He is also a member of the American Diabetes Association, the European Society of Endocrinology, and the Irish Endocrine Society.

Dr Mary Ryan lectured in Pharmacology in the RCSI under the stewardship of the now President of University of Limerick Professor Des Fitzgerald and has a special interest in Diabetes, insulin pumps, obesity, infertility, osteoporosis, hypertension, Hyperlipidaemia thyroid disease and chronic fatigue. She was appointed Consultant Physician and Endocrinology to Barringtons Hospital in 2001 and also to Aut Even Hospital in Kilkenny where she runs four clinics per month. She lectures to GP’s nationwide and also to the public on the prevention of Heart Disease and Type 2 Diabetes and its complications. She is on the Women’s Heart Advisory Group for the Irish Heart Foundation and lectured to the public in the Royal College of Physicians Dublin on prevention of Type 2 Diabetes.

She is Senior Lecturer with the Post Graduate School of Medicine since it’s commencement in 2007 and is actively involved with clinical research and supervises and publishes research with the medical students on Endocrinology and Diabetes.

She participated in a very popular public health education programme called “How long will you live” for four years on RTE and has made regular contributions to radio and television shows over the course of her career giving her expert views on Diabetes Heart Disease and Endocrinology.

She has lectured and tutored over the last 11 years in the Post Graduate Medical Degree programme in University of Limerick. Her Hobbies include Soprano Singing and she trained with Dr Veronica Dunne. She produced a CD entitled “Carpe Diem”. More recently the produced a CD called “ The Next Chapter”,where she raised well needed funds for the Irish Heart Foundation.

She organized a highly successful conference in the University of Limerick Concert Hall inMay 2018 on the Empowerment of women improves physical mental and social health which was opened by Professor Des Fitzgerald President of the University of Limerick and included contributions from the medical community which included Professor Lisa Coates, Dr Deirdre Fanning, Dr Blathnaid Murtagh, Dr Julie O Brien, Dr Maire Finn, Professor Helen Phelan of the Music Academy UL, Professor Lee Monaghan and Mary O'Donoghue from Sociology and a wide range of public representations from the business and political community . There were also contributions from Loretta Brennan Glucksman and Trish Long fron the UL foundation. She firmly believes that we need more education on the Empowerment of women to achieve equality of the sexes and is convinced it is related to better health and social outcomes.

Dr Ryan is also a member of the working group looking to establish a National Lipid Screening programme and furthermore implement a formalised consensus for lipid and familial hypercholesterolemia protocols. Dr Ryan was on the Obesity Taskforce in 2004 which initiated the National Obesity Taskforce report 2005. This made 93 recommendations to the Minister of Health regarding the growing obesity problem.