Formally Barringtons Hospital has a unique affiliation with the people of Limerick and the Mid West region. From its origins in 1829, it shares a 200 year local history with the city of Limerick.

In total, the Barringtons expended £10,000 on the Hospital, however for financial reasons, only the side of the building to the right of the main stepped entrance was completed. Therefore, down through the years the façade of the Georgian style hospital always appeared incomplete. Unfortunately for the Barringtons, their vision of a completed hospital never came to fruition in their lifetime. The portrait of Joseph Barrington and his sons still resides the hospital.

Barringtons Hospital’s original purpose was to provide general medical assistance and accidental and emergency care. However, it did play a very important role in the alleviation of the sick ‘In seasons of severe epidemic, as at the outbreak of the cholera morbus in 1832, the hospital was of incalculable benefit to the citizens, as it has been in all cases of accidents, whenever immediate relief is demanded by the suffer’  Historian Maurice Lenihan 1866.

A committee was set up to manage and organise the running of the hospital. It was funded by a grant scheme which began at £200 per annum and also received private donations. However, financial woes always seemed to trouble the hospital and in 1988 the announcement was made that the Hospital would no longer qualify for funding from the Health Board. Barringtons Hospital was to close.

This news was met with a public outcry. The people of Limerick and the Mid-west region believed that Barringtons Hospital was the Hospital of the people, built for them and for the poor of the city. 20,000 people turned out in the City to demonstrate against the closure. Alas, on the 31st March 1988 the 165 staff members left and its doors finally closed. Before the closure, the last remaining Barringtons descendant to have lived in Limerick, Sir Fitzwilliam Barrington, visited the Hospital (he was the grandson of Sir Mathew Barrington and great grandson of Joseph Barrington Esq). The words of Michael Noonan, Fine Gael echoed in the bitter aftermath of the hospitals closure ’Remember Limerick, Remember Barringtons’

The Hospital, a grand part of Limerick City’s Architectural Heritage, remained dormant in the subsequent 3 years after its closure. An old building without a purpose will quickly fall into disrepair so fortunately in 1991 it was acquired by Mr. Paul O’Byrne, General & Vascular Consultant Surgeon. He recognised the need for a private hospital facility in the Mid West region. The hospital was small at first, functioning on only one of its four floors and employing 15 people. After a number of years it progressively began to open on other floors, however it was clear that the hospital needed significant upgrading and refurbishment. It also needed to look towards the future and develop as a private healthcare facility in a changing and modernising society. With dedicated staff to help the Hospital develop and grow, it is now and still Limerick’s only Private Hospital.

Today, we are an Internationally Accredited Hospital, recognised for the priority of best practices in medical practice, technology and day surgery. We were accredited in 2009 by JCI (Joint Commission International) and re-accredited again in 2015 & 2018. 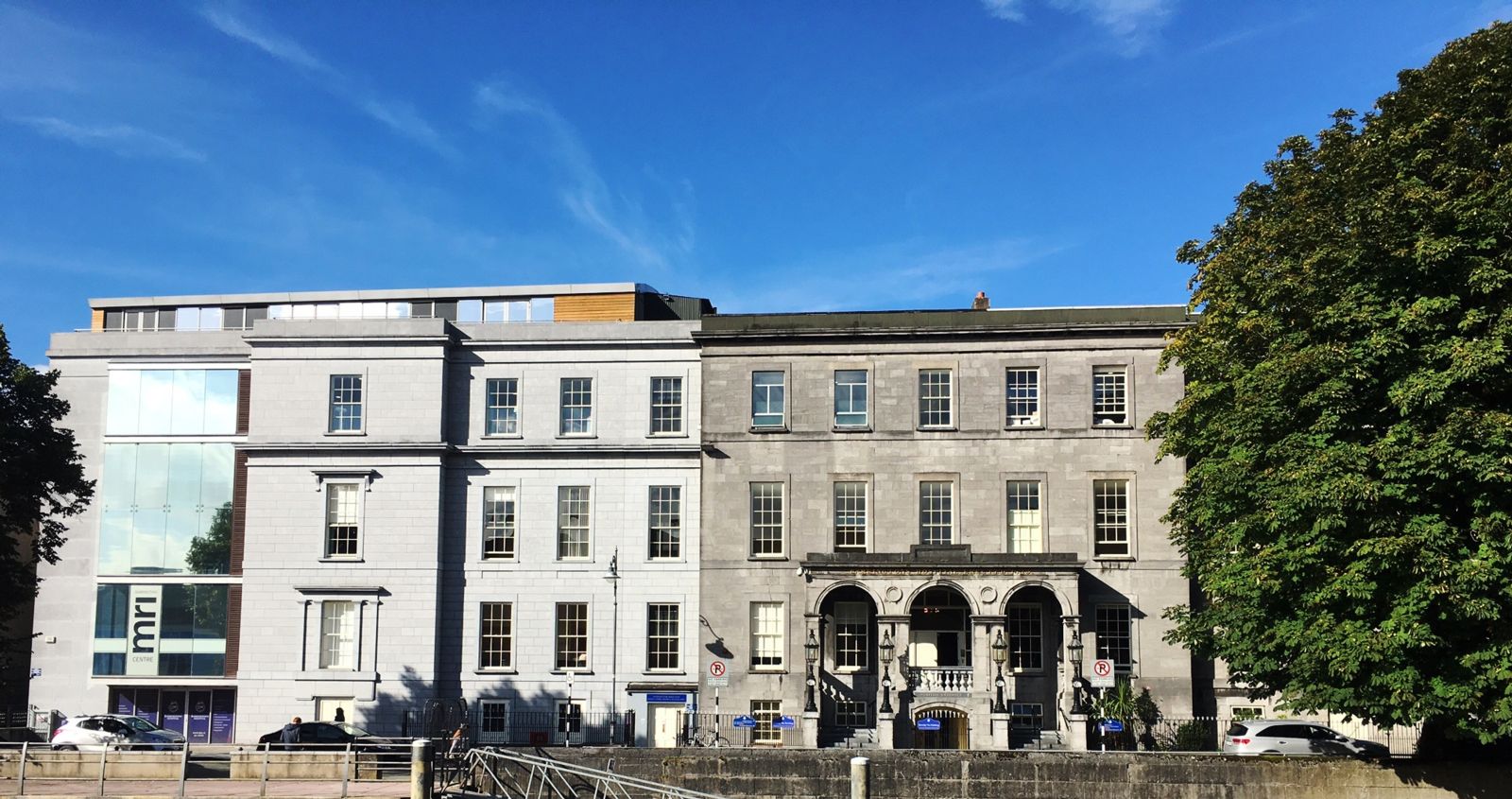