Physiotherapy is a health profession concerned with helping to restore wellness to people following injury, pain or disability. Our primary goal is to help patients achieve their maximum potential, physically and functionally in their community and home. While physiotherapists are largely engaged in the treatment of physical problems and injuries they also have a large role to play in primary and preventative care by promoting healthier lifestyles for all through the use of exercise and activity.

Our  large team  of highly skilled and specialised  Chartered Physiotherapists  assess, diagnose and treat  a wide range of conditions and illnesses.  Both in-patients and out-patients are treated in our large, modern department. We  offer a wide range of specialist treatment options.  Our physiotherapy  team works closely with  consultants, GP's , individual departments  throughout the hospital & community services  to provide an integrated approach to the care of all patients.

All our Physiotherapists are registered with CORU, indicating that they are members of Ireland’s regulatory body for physiotherapy. When you choose a Chartered Physiotherapist you can have the peace of mind in knowing that you are being treated by a physiotherapist who has a university degree qualification and is committed to the highest standards of ethical and clinical excellence.

We sell a wide variety of aids and appliances that are competitively priced, such as raised toilet seats, zimmer frames, crutches, shoulder pulleys, hand putty and  various joint  supports.

For appointments or further information please call our receptionist @ 021 4801630 or email physiocork@bonsecours.ie.

No Referral needed for Consultation with a Chartered Physiotherapist
*  except for Men's Continence / pelvic pain , Phototherapy, Concussion ,  Cardiac Rehab and Pulmonary Rehab

We endeavour to offer an outpatient  appointment to you within 48 hours.

Our Physiotherapy department is recognised by all the major health insurance companies.

Contact us @ 021 4801630  or physiocork@bonsecours.ie  to arrange an appointment or discuss  if our specialist physiotherapy services may be suitable for you.

Our Physiotherapy department is recognised by all the major health insurance companies.

Check your policy for its terms and conditions for reimbursement of physiotherapy charges. Outstanding costs can be included in your Med 1 tax form. 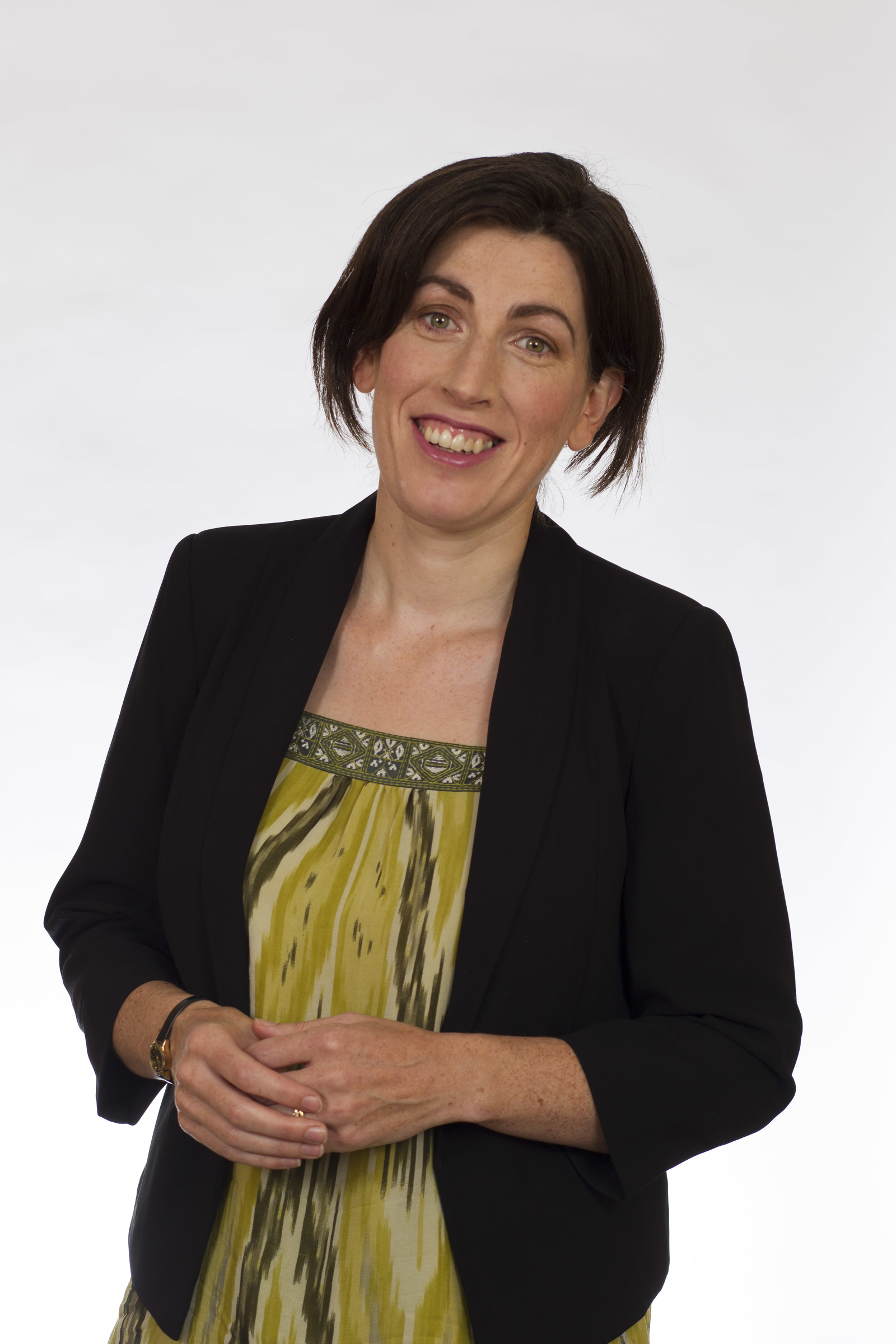 Steve is our Senior Physiotherapist with a special interest in Sports Injuries and Rheumatology . Steve is a fully licensed Chartered Physiotherapist with current membership of the Irish Society of Chartered Physiotherapists He graduated from UCD in 1998 with an honours degree in Physiotherapy and joined the Bon Secours physiotherapy team in Cork in 1998. He successfully completed his masters in Sports Physiotherapy in UCD in 2003 and became Senior Physiotherapist in 2005. Steve sees at first hand , the benefits to his patients of working closely with the consultants and medical team. In 2011 he attained a Certificate in Acupuncture with the British Medical Acupuncture Society (BMAS). His special interests include sports injuries, spinal & disc disorders & headaches. Steve is responsible for mentoring junior staff in his area.

Aoife is a fully licensed Chartered Physiotherapist and a member of the Irish Society of Chartered Physiotherapists (MISCP). Aoife graduated in 2002 from UCC with an honours degree in Physiology, she then attended Glasgow Caledonian University where she received her physiotherapy qualification in 2005. She joined the Bon Secours Physiotherapy team in 2005. Aoife has a special interest in orthopaedics, sport injuries, concussion management and cardiac rehabilitation. She completed a  Certificate in Manual Concepts in 2009. In 2014 Aoife completed a Masters in Sports and Exercise Medicine in UCC. Since joining the Bon Secours, Aoife has completed a number of postgraduate training courses in musculoskeletal, orthopaedic, spinal manual therapy, acupuncture and cardiac rehabilitation. She has undergone training in concussion treatment and management with world leading concussion experts UPMC and is one of the UPMC concussion network lead physiotherapists in Ireland.   Aoife has also lectured ITEC Anatomy and Physiology for Fitness Instructors. Aoife  has also  worked with the Cork Camogie teams both senior and intermediate in past years. She  was part of the medical team providing physiotherapy services to boxers at the Commonwealth games in Glasgow in 2014 and she also presently works with the turf club covering horse racing meeting providing physiotherapy services to the jockeys.

Aoife is the Senior physiotherapist in Orthopaedics in the Bon Secours in Cork and is now the new Clinical Specialist Triage Physiotherapist for sport injuries.

Nicola is a fully licensed  Chartered Physiotherapist who graduated from the University of East London in 1992 and worked for one year  in The North Middlesex Hospital in North London gaining a variety of experience in Orthopaedics, Respiratory and Out-Pt Depts. She then moved back to Ireland and worked for seven years in the Mater Misericordia Hospital, Dublin gaining substantial experience in Orthopaedics, Respiratory (Cardiothoracic and ICU)  and Out-Pt  Depts. A Post Graduate Diploma in Sports Physiotherapy was obtained in 1997.With this qualification achieved Nicola moved to The Blackrock Clinic as Senior Physiotherapist in Out -Pt Dept. Here she worked with a variety of Musculoskeletal problems and Sports Injuries while also being responsible for the treatment and  strength testing of many  Professional Sports People. Since joining the Bon Secours in 2008, Nicola has completed a number of postgraduate training courses in musculoskeletal pain (more recently the Neck, Shoulder and Hip), Acupuncture (MSK and Oncology)and Strength and Conditioning. Her interests lie mainly in Spinal and Shoulder  pain, Sports Injuries  and Acupuncture

Elaine is a  Chartered Physiotherapist and  registered with CORU.  She is also a member of the Irish Society of Chartered Physiotherapists (MISCP). Elaine graduated from the University of Limerick in 2015 with an honours degree in Physiotherapy. She joined our department shortly after, gaining experience in treating a wide range of patients in neurology, oncology, orthopaedics, cardiac rehabilitation and respiratory. Elaine   enjoys  working in our outpatient physiotherapy  department treating  musculoskeletal issues. Elaine has a keen interest in sports injuries, orthopaedic conditions, rehabilitation of the older person and cardiac rehabilitation. Elaine has previously worked with the Cork Under 21 Hurling team and Limerick Senior Footballers. She  presently covers G.A.A. matches providing Physiotherapy services to local teams.

Mags is our Senior Physiotherapist in Women's & Men's Health. Mags graduated in 1990 from UCD with an honours degree in Physiotherapy. She joined the Bons Secours Physiotherapy team in1990 and became Senior in 1994. In 1996 she successfully completed a post graduate physiotherapy course in Obstetrics & Gynaecology in the UK. Mags was in charge of the physiotherapy service for the Bon Secours Maternity hospital until it moved in 2007. She is a member of the Chartered Physiotherapist in Women's Health & Continence in Ireland and UK. She regularly organizes continence courses in the Bon Secours Hospital and is responsible for specialist training of staff in this area. She enjoys the variety in her work and has a special interest in pregnancy related pelvic girdle pain, male & female incontinence and pelvic pain syndromes.

Tracy is a Senior Physiotherapist Orthopaedics & Women's/ Men's Health. She graduated in 1995 with an honours Physiotherapy degree from Kings College, London. She has over 18 years hands on experience in the acute hospital setting in London, Australia & Ireland. She is undergoing Pilates training with the APPI. Her professional training includes Mc Kenize & Cyriax and biomechanical courses. Her special interests include Pilates, foot assessments & orthotics, women's / men's health & bone health & fibromyalgia.

Eithne works as a Physiotherapist / Pilates instructor in our outpatient department. Eithne graduated from Physiotherapy in UCD in 2004 with an honours degree . She worked as a physiotherapist in the NHS Scotland and South Infirmary, Cork for two years. She gained valuable experience in private practice for 2 years and also worked in the Cork University Maternity hospital for 6 months. There she gained specialist training in women's health & incontinence which she developed further when she joined the Bon Secours Hospital physiotherapy team in 2009. She completed the Certificate in Manual Concepts in 2010. She gained further qualification as a Australian Pilates & Physiotherapy Institute (APPI) pilates teacher in 2010. Her interests include chronic pain, spinal disorders and shoulder rehabilitation post surgery. Respiratory

Jane graduted with an honours degree in Physiotherapy from Birmingham University in . She worked in Australia and UK in acute hospital setting for 15 yrs experience. She is a member of Chartered Physiotherapists in Respiratory Care in Ireland & UK. Jane established pulmonary rehab in University Hospital, Birmingham & Bon Secours Hospital Cork. Her special areas of interest include ICU rehab, thoracic surgery, COPD & pulmonary rehab

Mairead Daly is our Senior Physiotherpist in Oncology. Mairead graduated in 2003 from Keele University with an honours degree in Physiotherapy. She worked in the acute hospital setting in the UK for 4 years gaining experience in treating neurology inpatients and outpatients. She joined the physiotherapy team in the Bon Secours hospital in 2007. Mairead leads the Physiotherapy service in Oncology  and is responsible for mentoring staff. She has a special interest in Vestibular & Stroke Rehab and facial Palsy. She works closely with our consultant oncologoists  and recently completed a three week course in the UK based on the Bobath Concept. She enjoys the wide variety of outpatients attending her specialized service, presenting with acquired head injury, peripheral neuropathies and Parkinson's disease.

Trish Clifford is Senior Physiotherapist in Oncology & Respiratory. Trish graduated in 2000 from University of the West of England Trish has eight years experience working in the NHS in the acute and rehab setting as a senior physiotherapist. In 2006 Trish completed the three week Bobath foundation course. She is a member of Oncology Clinical Interest group in ISCP. She has a special interest in oncology and exercise prescription for cancer patients & neurology. Trish also has experience in serial splinting for managing contractures 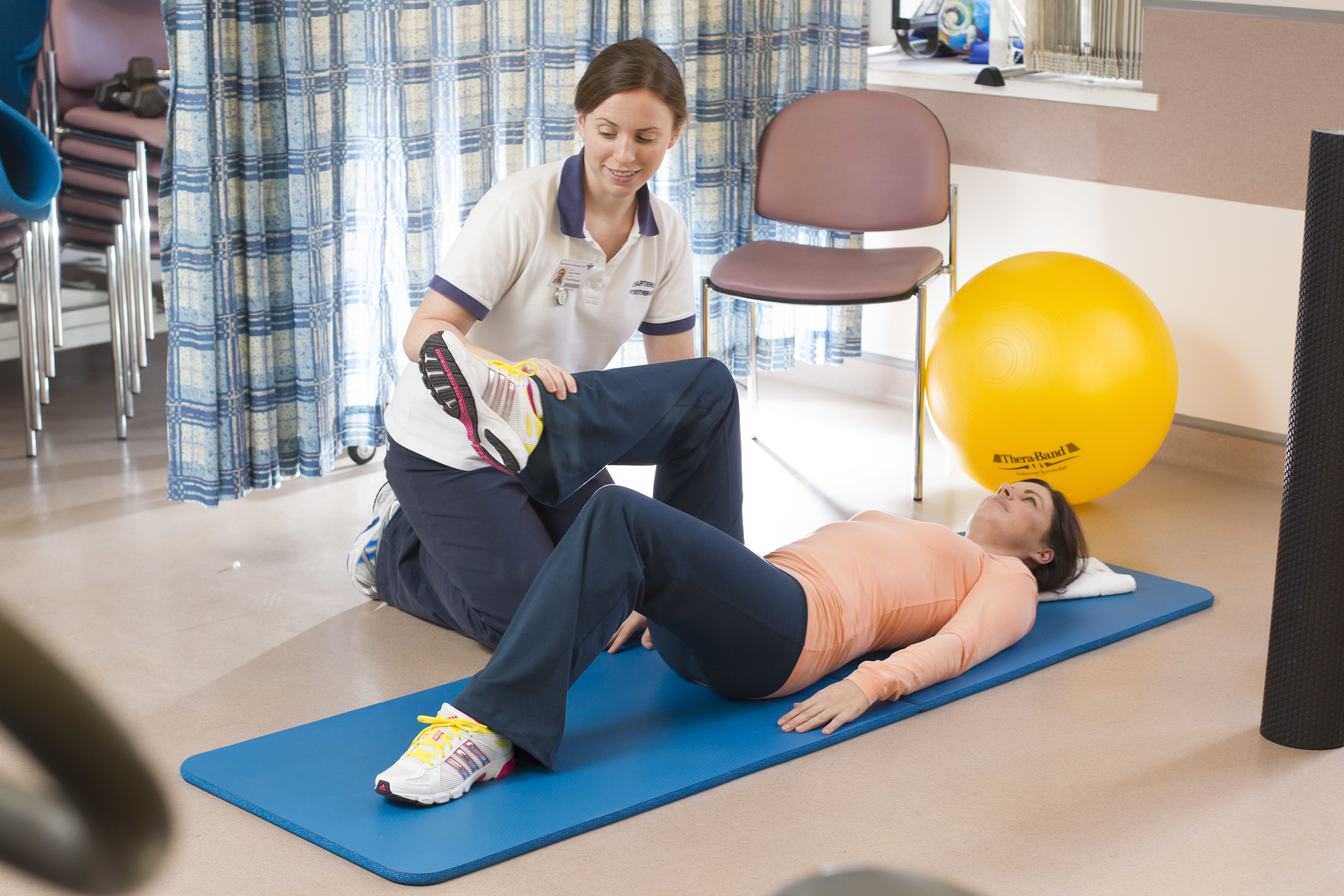 Emer works as a Physiotherapist in our neurology department. She qualifed from university of Limerick in 2007 with an honours degree in physiotherapy. She worked in Peamount hospital, Dublin as a physiotherapist in rehab of the older person for 2 years and in primary care for one year . She joined the Bon Secours physiotherapy team in 2010 and has a keen interest in neurology and older person rehab. Subsequently, Emer started further study in UCC in 2011 in rehabilitation of the older person and is due to complete her post graduate diploma in June 2014. In 2012 she also successfully achieved a certificate in vestibular assessment and rehab from Emory University, Atlanta, US. Her main interests are parkinson's disease, falls, and patients with dizziness & balance problems.

Eadoain Wall  joined the Bon Secours Hospital Physiotherapy & Occupational Therapy team  as a therapy  assistant in 2018. Eadaoin mainly works under the guidance and direction of the physiotherapists in neurology & mobility . Eadaoin  assists the physiotherapists & occupational therapists  when two or more are required to treat a patient. She supervises patients doing exercise programmes which the physiotherapist has prescribed. Eadaoin  also helps in the Class sessions for Cardiac Rehab, Pulmonary Rehab, Hip & Knee Classes ensuring that they run smoothly. Eadaoin  enjoys the variety in the work and seeing her patients improve with their mobility.

Dannielle joined our  Physiotherapy & Occupational Therapy team as a therapy assistant in 2017. She  previously worked as a health care assistant. Dannielle ensures that inpatients are brought safely to the department for appointments. She prepares clients for therapy sessions and assists when the physiotherapists need additional help. She also assists in the rehabilitation of patients with reduced mobility and supervises their  exercises, which are  prescribed by physiotherapists or occupational therapists. Under the guidance of our occupational therapists, Dannielle helps occupational therapy clients, in their activities of daily living, such as dressing or washing   in order to improve their independence and provide the best quality of life possible. Dannielle enjoys the uniqueness of the clientele and seeing them progress with their rehabilitation. She also assists with classes such as Cardiac Rehab, Parkinson’s classes, Pulmonary Rehab and Hip & Knee Classes ensuring that they are set up on time and run smoothly. She enjoys the patient contact and working as part of a team. Dannielle has attended a palliative care course in Marymount.