The Gastroenterology Department is one of the largest in the country and has the skills and experience amongst its consultant staff to diagnose and treat all disorders affecting the gastrointestinal tract.

The Bon Secours Hospital Dublin has one of the largest Gastroenterologist teams in the country. There are currently over 12 consultants with a variety of interests and expertise focusing on the prevention, diagnosis and treatment of disorders of the digestive tract and liver. The large number of consultants also ensure that the waiting time for a consultant and a procedure is minimal.

One of the key tools used by the Gastroenterologist team to help in the diagnosis of patients is endoscopy. Endoscopy is a minimally invasive diagnostic medical procedure used to asses the interior surfaces of an organ by inserting a tube into the body. This is done using a rigid or flexible tube which has a built in fibre optic camera, which provides an image for visual inspection and biopsy.  More details about the international accredited endoscopy unit and the services provided are available here . The endoscopy team performs almost 14000 procedures annually.

The team works very closely with the Nutrition and Dietician team, the Diagnostic Imaging Department and the Upper GI and Colorectal Surgical Team within the hospital to provide a complete and comprehensive service for patients with gastrointestinal complaints. Gastroenterology patients may also receive treatment of new and modern biologic therapies adminstered via the hospital's Infusion Clinic.

The team also works very closely with the Medical Assessment Unit so that if there is a requirement for rapid access diagnostic services, this can often be performed on the same day.

Conditions treated and services provided by the Gastroenterology team include: 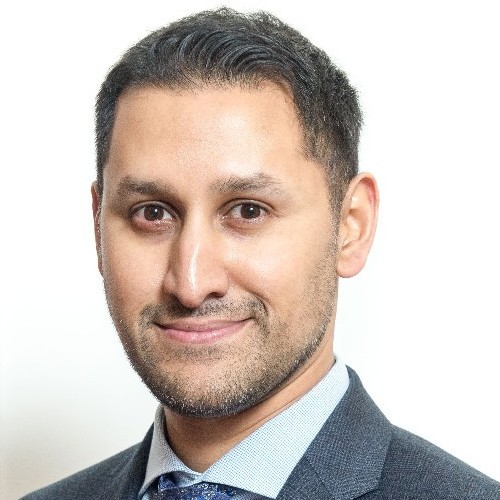 Following completion of specialist training in gastroenterology in Ireland, Danny undertook two fellowships in advanced endoscopy and hepatobiliary medicine; the first at the University of British Columbia, Vancouver, Canada, and the second at Duke University, North Carolina, USA. He joined Beaumont Hospital as a consultant gastroenterologist and honorary clinical senior lecturer (RCSI) in 2016.

Danny has authored several publications and book chapters. He is experienced in all areas of general gastroenterology, but his special interests include colon cancer, endoscopic ultrasound, ERCP, and hepatobiliary disease.

All areas of general gastroenterology, but his special interests include colon cancer, endoscopic ultrasound, ERCP, and hepatobiliary

Referrals to Dr Cheriyan can be sent via Healthlink, posted to his private rooms in Beaumont Private Clinic, sent by secure fax or, by secure email.. 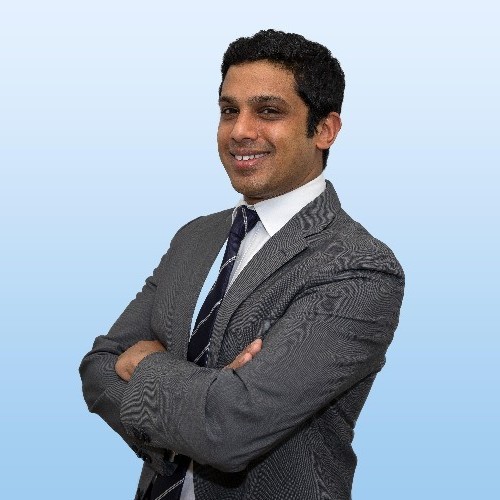 On moving to Ireland in 2017, he has held consultant posts in the Mater Misericordiae University Hospital and most recently St Vincent’s University Hospital, where he was a registered bowel screening colonoscopist and was a part of the inflammatory bowel disease team based there. He has an interest in advanced endoscopic techniques which includes excision of large colonic polyps/lesions. He has number of publications and prizes from his post graduate training.

Shamindra is a member of the following organisations:

Shamindra moved to Dublin in 2017 with wife who is from Ireland and now has a daughter. He is a keen cyclist and  a keen hiker and has completed a number of treks throughout Europe and Asia. He has previously played rugby at county and university level.

Urgent referrals – please phone to enable me to expedite necessary investigations. I am happy to discuss cases with referrers. 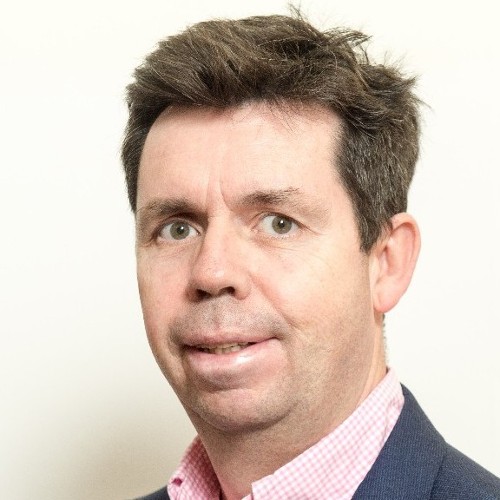 Referrals to Prof Farrell can be sent via Healthlink, posted to his private rooms in the Bon Secours Consultants Clinic or by secure email.

Monday AM (Rooms), Wednesday AM and Thursday PM Endoscopy 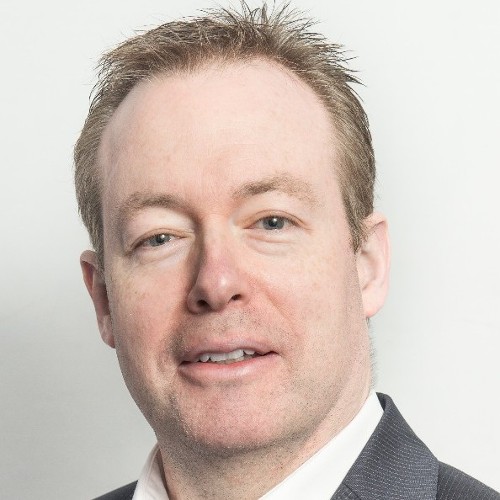 Professor Gavin Harewood is a medical graduate of National University of Ireland, Galway.  Following completion of his general medical training, he moved to Rochester Minnesota where he completed a Fellowship in Gastroenterology and Hepatology along with a Masters Degree in Clinical Research in the Mayo Clinic.  He was subsequently appointed as a Consultant Gastroenterologist in the Mayo Clinic and developed a subspecialty interest in endoscopic ultrasound, health economics and clinical outcomes research.

In 2006, he was recruited to his current Consultant Gastroenterologist post in Beaumont Hospital to develop and lead a  national endoscopic ultrasound service; he has overseen the successful growth of this practice into one of the largest services in Western Europe catering to a catchment population of over a million people. Prof. Harewood serves on the executive board of the Irish Society of Gastroenterology, having been Honorary Secretary of the organization from 2010-2013.  He also served as the lead Clinical Trainer in the Beaumont Hospital Endoscopy Department and is co-Director of the Beaumont Hospital Gastroenterology Fellowship program, one of the most competitive and prestigious training programs in Ireland.

Prof. Harewood has served as co-Investigator for multiple phase three, multi-center pharmaceutical trials of Inflammatory Bowel disease therapies.  He also developed the curriculum and delivered the formal annual lecture series in Health Care Management for Institute of Public Administration (IPA), Dublin which was tailored to equip pharmaceutical industry employees with training in health economics and the ability to apply these principles to clinical drug trials.

In 2009, Prof. Harewood completed a MBA Degree in Health Economics through the UCD Smurfit School of Business.  He has authored more than 140 publications in the peer-reviewed medical literature, many dealing with the importance of resource utilisation and economics in healthcare and clinical therapies and has featured on several national television programs to promote public health awareness.  He was appointed Associate Professor of Medicine for the Royal College of Surgeons Medical School in 2018 in recognition of his distinction in clinical practice, his academic achievements and commitment to medical education.

Referrals to Prof Harewood can be sent via Healthlink, posted to his private rooms in Beaumont Private Clinic or sent by secure email. 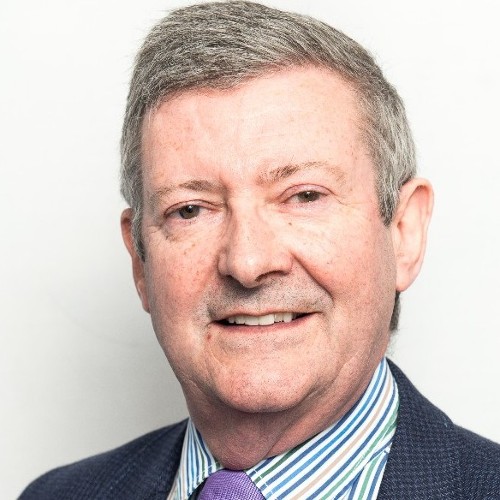 Referrals to Dr Hollingsworth can be sent via Healthlink, posted to his private rooms in the Bon Secours Consultants Clinic or sent  by secure email. 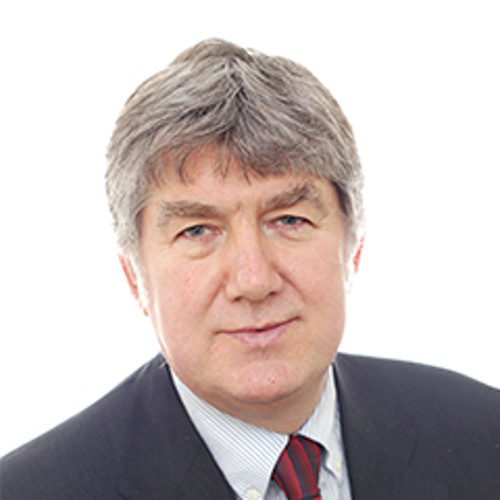 Referrals to Prof Mac Mathuna can be sent via Healthlink, posted to his private rooms in Eccles Street or sent  by secure email.

Prof Frank Murray is a Consultant Physician/Gastroenterologist and Associate Professor of Medicine at the Royal College of Surgeons in Ireland. He graduated from University College Dublin in 1980 and trained in Dublin, Boston USA, and Nottingham, England.  He has been a Fellow of RCPI since 1994 and a member of RCPI Council since 2002, serving as Registrar from 2007 until he took up the office of the President in 2014 until 2017. He works in Beaumont Hospital and in the Bon Secours Hospital Dublin.

Referrals to Prof Murray can be sent via Healthlink, posted to his private rooms in Beaumont Private Clinic or by secure email. 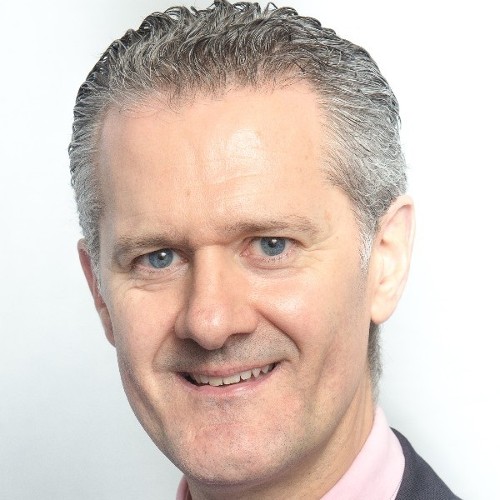 Dr Conor O’ Brien graduated from University College Dublin in 1995 and subsequently obtained his MRCPI. He completed his specialist training in gastroenterology and hepatology in St. Vincent’s University Hospital and Beaumont Hospital in Dublin. He completed his research fellowship in St. Vincent’s University Hospital and the University of Newcastle, UK. He subsequently worked as Consultant Gastroenterologist / Hepatologist at Toronto Western Hospital. He returned to Dublin in 2007.

Referrals to Dr O Brien can be sent via Healthlink, posted to his private rooms in the Bon Secours Consultants Clinic or sent by secure email. 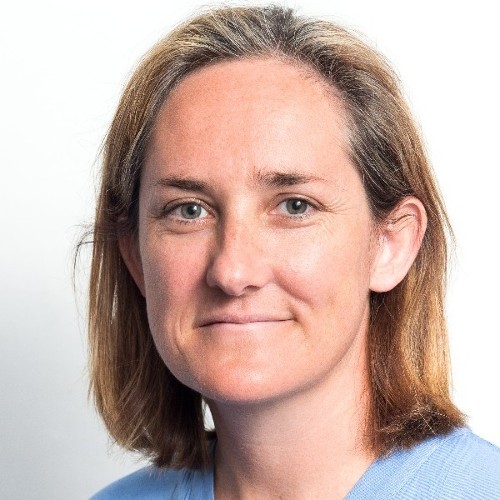 Aoibhlinn O'Toole graduated from University College Dublin in 2004. She completed her Specialist training in Gastroenterology and General Internal Medicine in St Vincent's University Hospital, Sligo General Hospital and Beaumont Hospital. She was the UCD Newman Scholar in Inflammatory Bowel disease and obtained an MD from UCD for her research on colorectal cancer and immune evasion. She subsequently moved to Boston where she completed Inflammatory Bowel Disease fellowships in the Brigham and Women's Hospital and the Beth Israel Deaconess Medical Center and the Programme for Clinical Effectiveness at the Harvard School of Public Health. She returned to Dublin in 2015 to join the Gastroenterology team in Beaumont Hospital.

Her areas of interest include management of complex Inflammatory Bowel Disease as well as colorectal cancer and dysplasia detection.

Referrals to Dr O Toole can be sent via Healthlink, posted to his private rooms in Beaumont Private Clinic or by secure email. 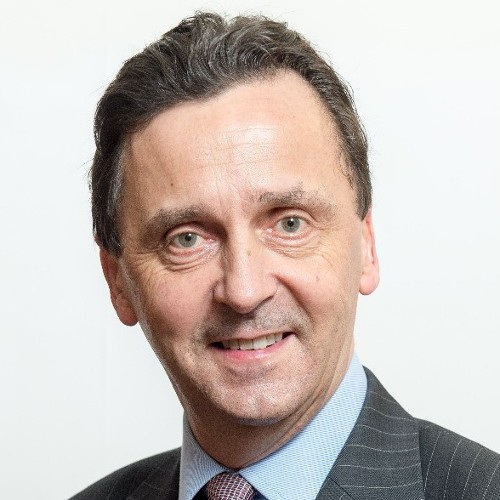 Professor Patchett is a Consultant Gastroenterologist working in Beaumont and The Bon Secours hospitals and is also an Associate Clinical Professor in the Royal College of Surgeons Dublin. Having graduated from UCD, he commenced his training in Dublin before moving to London to train in St Bartholomew’s and The Royal London Hospitals.

He was appointed Senior Lecturer in Barts in 1996 and returned to take up in current position in Beaumont in November 1998. Professor Patchett’s professional interests focus on diagnostic and therapeutic gastrointestinal endoscopy and therapeutics of inflammatory bowel disease. He is currently chair of the working group for the national QA programme in endoscopy and represents the College of Physicians on the QA Steering group and the Conjoint Endoscopy Curriculum development group.

Professor Patchett is also the clinical lead for endoscopy services in both Beaumont hospital and The Bon Secours.In addition he is Chair of the Medical Advisory Committee in the Bon Secours Hospital Dublin, and has served as chairman of the division of Medicine in Beaumont and as National Specialty Director in Gastroenterology.

Referrals to Prof Patchett can be sent via Healthlink, posted to his private rooms in Beaumont Private Clinic or by secure email. 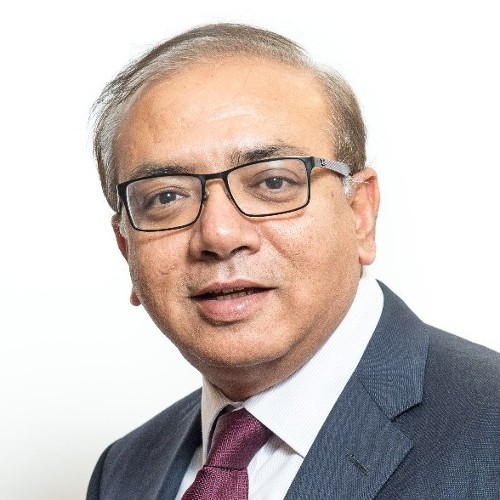 Dr Gupta is a Consultant Gastroenterologist working in Our Lady of Lourdes Hospital Drogheda and the Bon Secours Hospitals and is also a Senior Clinical Lecturer in the Royal College of Surgeons, Dublin.  Having completed his Masters degree from UCD and Specialist Training in Gastroenterology from Ireland, he completed his fellowship in Advanced Therapeutic Endoscopy from Beth Israel Deaconess Hospital, Boston USA before taking up the consultant post in Ireland in 2008.

Dr Gupta is currently the Endoscopy Department lead and also the Endoscopy Training lead for the Louth Hospital group. He is also the honorary secretary of the Irish Society Of Gastroenterology and Endoscopy.

Referrals to Dr Sengupta can be sent via Healthlink, posted to his private rooms in the Bon Secours Consultants Clinic or sent by secure email. 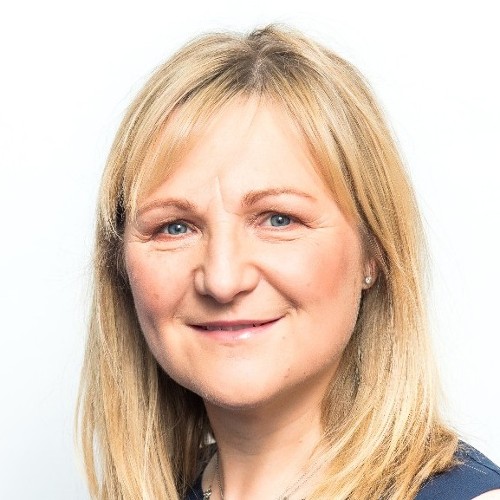 Claire graduated from Trinity College Dublin in 1994 with an Honours degree.  She completed her BST on the Federated Hospitals Scheme and subsequently her HST in Gastroenterology in both St. James’ and Beaumont hospitals.  Claire was awarded her MD in Inflammatory Bowel Disease by Trinity College Dublin in 2005 having completed research in RCSI/Beaumont and Johns Hopkins, Baltimore.  She also spent a year as Junior Lecturer in Trinity Medical School during her HST.  Claire then spent two years abroad, the first in Royal Perth Hospital, Western Australia and the second in University College London, completing Fellowships in ERCP and Hepatobiliary Medicine.  She returned to Dublin in 2008 to take up her current position as Consultant Gastroenterologist in Connolly Hospital.   She became a Fellow of RCPI in 2010 and has been an active member in RCPI, having been the National Specialty Director in Gastroenterology for three years.  She has recently been appointed as Senior Lecturer in RCSI.

Claire has a particular interest in IBD, IBS and Hepatobiliary disease, but is experienced in all aspects of general Gastroenterology.

Referrals to Dr Smyth can be sent via Healthlink, posted to his private rooms in the Bon Secours Consultants Clinic or sent by secure email.

Appointments are made by contacting the individual consultant team directly. Details are above. Please note that a GP or Consultant referral will be necessary.

Direct Access Colonoscopy and Gastroscopy endoscopy appointments can be made by a GP or Consultants using the form available in the document section below. Appointments for this service are made directly by the endoscopy department with patients referred to the unit for the procedure. Referrals can also be sent to the Individual Consultants via healthlink or the the Direct Access Endoscopy service.