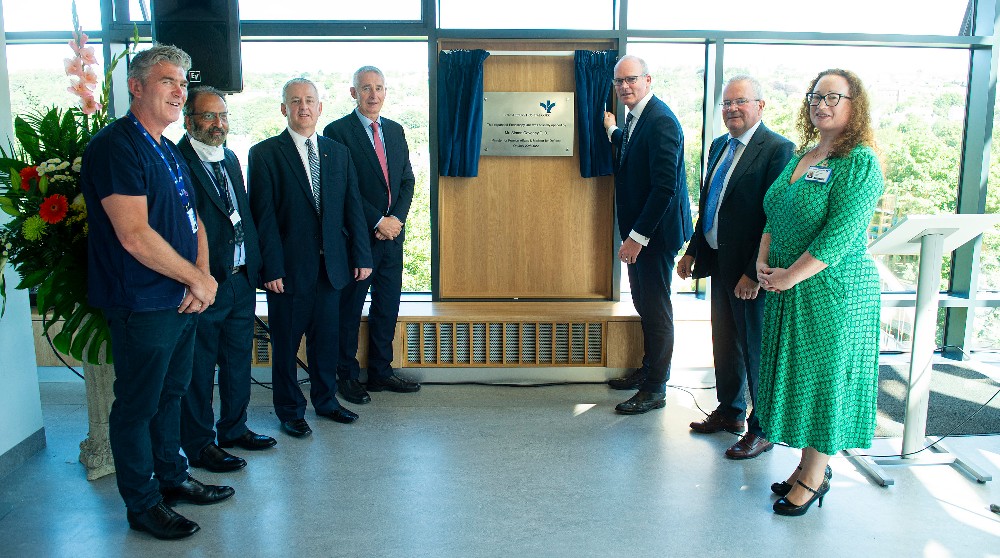 The Bon Secours Hospital in Cork has opened its newly expanded endoscopy unit after a €2 million refurbishment. The hospital now has one of the largest private endoscopy departments in Ireland, with the ability to treat an additional 4,000 patients per year.

The new €2 million endoscopy unit in Cork is part of a €300 million national investment by Bon Secours Health System. It's the latest investment into the Cork hospital, following the opening of €10 million operating theatres in January.

As part of the investment, 18 new jobs will be created at the Cork hospital including gastroenterologists, general surgeons, respiratory consultants and urologists, supported by nursing staff, clerical staff and decontamination technicians.

The investment into the endoscopy department will create jobs, as well as having expanded the unit to include a pre-procedure area and a fourth endoscopy room. The Minister for Foreign Affairs and Minister for Defence Simon Coveney, who is also a TD for Cork South-Central, officially reopened the hospital's endoscopic department on Friday.

Minister Simon Coveney said: “Bon Secours Cork continues to break new ground in terms of innovation and excellence in healthcare. The expansion of its endoscopy services is another important milestone in the ongoing development of healthcare for patients living in the region.

"Bon Secours Health System’s continued investment in world-class facilities and its expansion of vital services across Ireland are to be commended, and I congratulate them for their ongoing commitment to technologically-advanced medical care.”

The Cork hospital has more than 300 beds, employs more than 1,000 staff and admits about 35,000 patients every year, both adults and children.

Bon Secours Health System Group Chief Executive Bill Maher said the expansion of the endoscopic department means the hospital can "treat even more patients in a timely and effective manner... and further enables us to meet our patients’ needs by providing increased access to vital, advanced medical care."

Harry Canning, Chief Executive at Bon Secours Hospital Cork, said: “Our endoscopy offering has undergone extensive renovation in accordance with Joint Advisory Group guidelines... This further enhances what is already a state-of-the-art hospital that is fully equipped to offer patients in the region a range of best-practice, technologically-advanced services.”

There are no Documents added yet